One of the most frequently reported symptoms associated with TMJ disorders is headaches. Secondary headaches, especially tension-type headaches and migraines, are common in these people.

There are many different types of headaches. They can be split into 3 classifications (The American Headache Society 2007):

Within these 2 classifications we can further distinguish 14 distinct categories of headache (The International Headache Society). We will discuss the types that we are most concerned with and are able to help with at the TMJ and Sleep Therapy Centre of London.

Frasier and Russell first introduced facial pain also known as atypical facial pain in 1924. Nowadays it is known as Persistent Idiopathic Facial Pain (PIFP). This is pain along the Trigeminal nerve and does not fit the presentation of other cranial neuralgias. The duration of pain is usually long, lasting most of the day. The area is usually localized to one side of the face and has a deep ache. Both sexes are affected roughly equally.

These are the most common types of headaches and they affect around 30 to 78% of the general population at least once in their lifetime and are not gender or age specific.

Characteristically they are infrequent episodes of headache that last from 30 minutes to 7 days with pain that is “located bilaterally, characterized by a feeling of pressing or tightening, and of mild to moderate intensity.” The headache may be accompanied by sensitivity to light or sound, but is not usually worsened by physical activity.
They are seen in our patients that clench their teeth and present with clicking/popping, and jaw pain. Some do not notice any other symptoms than the headache itself.

Jaw issues, airway issues, or other orthopedic imbalance(s) often result in forward head posture (FHP). This puts extreme pressure on the neck itself; for every inch of FHP, the neck must carry an extra 15 lbs. This weight on the neck can cause pain and/or numbness up to the head and down the arms to the fingertips.

At the upper neck level there is an important nervous structure called the Subnucleus Caudalis which is essentially an extension of the Trigeminal Nucleus, the source of all Migraines. It has been documented that chronic tension type headaches can eventually lead to Migraine headaches.

Dysfunction in the structure or function of a nerve can cause pain in known as a neuralgia. There are many types and causes of neuralgia, and these influence the intensity of pain. 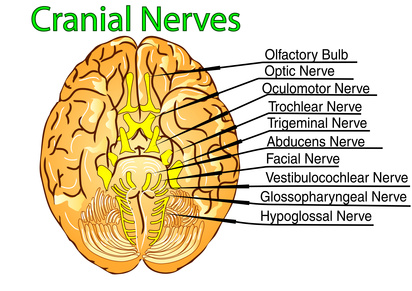 Cranial neuralgias cause recurrent pain in the same localized area of the head, face, or scalp. The pain may vary between episodes. Severity of pain can vary greatly. The pain may fade, but is likely to return and it often occurs along the length of the affected cranial nerve. Dr Patel is one of a small group of dentists that treat Craniofacial pain and can help with cranial nerve neuralgias.

Patients can experience the following symptoms:

Other neuralgias are associated with rest of the 12 cranial nerves.

Migraine is considered a vascular headache because it is associated with changes in the size of the arteries in and outside of the brain. These vascular changes are ultimately caused by the Trigeminal Nerve/Ganglion. Migraine headaches typically last from 4-72 hours and vary in frequency. Migraine affects 3 times as many women as men. They are usually made worse by physical activity. The headache is often accompanied by vomiting or feelings of nausea and a heightened sensitivity to both light and sound.

Migraines may be experienced with or without an aura. Auras are sensory disturbances that are experienced as symptoms of a migraine before, during, or after an episode. These warning symptoms may occur anywhere from a few minutes to 24 hours before the migraine. Migraines that do not include auras are termed common migraines, and account for 70 to 80% of all migraines.

Classic Migraines, accounting for the rest, are associated with aura. The visual changes are common in one or both eyes.

They may occur in any combination of the following:

Other symptoms that may precede or accompany the migraine include:

Cluster headaches occur in about 1% of the population. Cluster Headaches are characterized by severe, unilateral pain that is around the eye or along the side of the head. It typically affects males between the age of 20-40 yrs. Cluster Headache attacks last from 5 to 180 minutes and occur once every other day to up to 8 times daily.

Cluster headaches are described by the International Headache Society as “attacks” of “severe and sometimes excruciating pain around the eye or along the side of the head”. These headaches are associated with nasal congestion, sweating of the face and forehead and tearing or swelling of the eye on the affected side of the head.
Most people get their first cluster headache at age 25 years, although they may experience their first attacks in their teens to early 50’s, where they typically will begin to automatically reduce.

There are 2 types of cluster headache:

Typically Cluster headaches occur between 9pm and 9am, and are worse during REM sleep, where Sleep Aponea is at its worst.

What to note about your headaches to help us diagnose. As we are all aware, headaches may be indicative of many different ailments. We recommend keeping a headache diary to record the following:

Although a cold is most often the culprit, sinusitis can be caused by anything that prevents the sinuses from draining. Sinus Headaches can be caused by inflammation in the mucosal linings. The inflammation is typically due to a viral, bacterial, or fungal infection or allergies. Healthy sinuses allow mucus to drain and air to circulate throughout the nasal passages. When sinuses become inflamed, these areas get blocked and mucus cannot drain. When sinuses become blocked, they provide a place for bacteria, viruses, and fungus to live and grow rapidly.

The TMJ and Sleep Therapy Centre of London is a trading name of Karina Patel Ltd. A company registered in England and Wales. Registration no: 9580079 at 19 Colborne Way, Worcester Park, Surrey, KT4 8LS.

Successful results using state of the art technology and research based treatment in a caring and friendly environment. We recognize and treat each patient as a unique individual.

All Contents ©Copyright 2019 TMJ and Sleep Therapy Centre of London.
We are currently experiencing delays in shipping. Thank you for your patience.